While most people in the world know about the current famine in Africa, when a problem is hundreds or even thousands of miles away, it’s easy to ignore it. But let’s face the facts:

• The Horn of Africa, which includes Somalia, Ethiopia, Kenya, and Djiboutiis, is experiencing its worst drought in 60 years.
• The UN estimates that more than 13 million people in the Horn of Africa need urgent help.
• Tens of thousands of people in the region have already died, and hundreds of thousands more risk starvation.
• Livestock have been annihilated.
• Hundreds of thousands of people are streaming into refugee camps in search of help.
• Nearly than 30,000 children have died of starvation.

Here’s another perspective that may make the problem clearer: A famine is declared when the following three conditions are true:

In the current famine situation in the Horn of Africa, malnutrition rates in some areas are five times more severe than these criteria. This is one problem the world can no longer ignore! 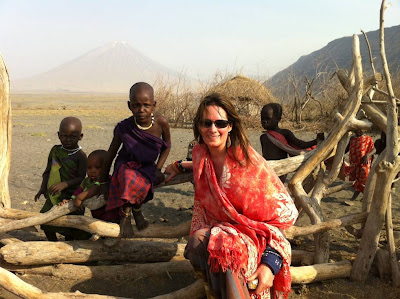 A First Hand Look
I recently led a small group of people to Tanzania to do some relief work. We stayed with the Maasai tribe, worked with various orphanages, and donated money, clothing, and other necessities, such as blankets, pillows, and school supplies. We saw the famine crisis firsthand–malnourished children, barren land, and hungry people. And this wasn’t even in the hardest hit places.

Despite the situation, everyone we met was gracious and friendly. While they certainly wanted our help, they also didn’t want anyone to feel sorry for them. But it’s difficult not to. These people have neither the resources nor the education they need. They’re starting off at a loss because they don’t have the money to create a life that could help them have a better future. On top of that, the government in famine stricken and surrounding areas is not doing enough to help their people. For example, in more fertile parts of Kenya, farmers complain that their crops are rotting because the roads are so bad they can’t transport their produce to markets. This is just one example of government failure turning the current drought into a humanitarian disaster and famine epidemic.

So while relief efforts worldwide are making a small dent in the problem, the people there need a lot more than a dent. They need massive action now. Granted, not everyone can take a trip to a famine stricken area and donate time or resources, but there are other ways to help. Everything from donating money to a relief organization to simply spreading the word about the dire situation is a huge help.

Spread the Hope
When it comes to helping the less fortunate, I am always inspired by ONE, the grassroots advocacy and campaigning organization that fights extreme poverty and preventable disease, particularly in Africa, by raising public awareness and pressuring political leaders to support smart and effective policies and programs that are saving lives. Co-founded by Bono (singer for the band U2) and other campaigners, ONE is nonpartisan and works closely with African activists and policy makers.

I agree with Bono when he says that the world needs to find long-term famine solutions. His suggestion is to develop advanced agriculture programs with better seeds and fertilizers. He has also called on the Security Council to help ease access, including providing more troops to allow safer passage of food and supplies.

Other international organizations that are responding to the crisis (and that could use everyone’s help in some way) are:

• Concern Worldwide: Concern is directly reaching over 400,000 people in the Horn of Africa region with clean water, food, and interventions to treat and prevent malnutrition.
• International Committee of the Red Cross: The International Committee of the Red Cross (ICRC) is scaling up its emergency operation in central and southern Somalia to assist an additional 1.1 million drought- and conflict-affected people.
• UNICEF: UNICEF delivers therapeutic foods to treat children suffering from severe malnutrition; provides vaccinations to fight deadly and disabling diseases like measles and polio that threaten malnourished children; improves access to clean water and proper sanitation; supports basic education in communities and camps; and establishes measures to protect children from violence, exploitation, and abuse.
• World Food Program: The World Food Program is planning to feed 7.9 million of the most vulnerable in Somalia, Kenya, and Ethiopia and has identified an additional 2.2 million people in need in difficult-to-access areas of southern Somalia.

For all these organizations, more resources are urgently needed.

A Silver Lining
Even with the famine and crisis there, I managed to find some good on my trip. We went to Lake Natron, where the Maasai tribe lives, and we learned about their belief system and culture, and how they get through these times. It turns out they’re being very entrepreneurial! They’ve started a hotel, which looks like a little igloo instead of a tent–what they call a Beaumont. Guests get a complimentary shot of sheep’s blood to drink each morning–a staple in the area.

Additionally, a man named Juma Kittyler Kiula started a rugby team comprised of orphan boys. The team is called Tanzania Irie. Their mission is to promote sport amongst the most disadvantaged youth of Arusha, using the sportsmanship of the game as a vehicle to encourage healthy lifestyles and supportive, positive, and respectful relationships within the community.

Unfortunately, positive stories like this are rare in the Horn of Africa. So much more is needed to turn the situation around. It’s time for everyone everywhere to acknowledge the crisis and do whatever is possible to end the suffering of our fellow world citizens.